Genetic testing enables medical professionals to identify significant changes in genes, chromosomes, the genome, or proteins that may be indicative of a genetic condition. This is used for screening, diagnosis, and prognosis of diseases consistent with an underlying genetic cause, permitting guided drug therapy (Franceschini et al., 2018). In recent decades, genetic testing has been utilized to confirm or rule out a host of conditions, including breast cancer, Parkinson’s disease and dystonia. There are currently over 12 types of dystonia exclusively linked to genetic mutations, including primary generalized dystonia, segmental dystonia with laryngeal involvement, and myoclonus dystonia, to name a few. These presentations predominantly exhibit autosomal dominant inheritance; however, the number of autosomal recessive forms, X-linked and mitochondrial, is continuously evolving (Albanese et al., 2013). Genetic testing not only aids in diagnosing dystonia in patients but also in distinguishing the specific type of dystonia. Despite this, the current literature highlights that genetic testing is significantly underutilized in establishing the precise genetic diagnosis in patients with heritable forms of dystonia (Pozojevic et al., 2021).

How many genes have been found exactly? 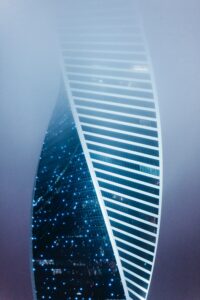 Dystonia is defined as a movement disorder, causing the muscles to contract involuntarily. This condition has multiple causes, giving to the complicated genetics underlying dystonia. However, it is possible to identify genetic markers that increase a person’s susceptibility to contracting this presentation. It has been proposed that although no single gene can be attributed to all cases of dystonia, an estimated 200 genes or genetic markers have been positively associated with several different types of dystonia. Moreover, with medical technology constantly advancing, it is expected that a host of new genetic markers will be discovered in the future (Dystonia Medical Research Foundation, 2021). Molecular genetic testing is the method by which healthcare staff can confirm a diagnosis of specific inherited forms of dystonia. This screening approach can detect mutations in the previously discussed 200 genes or genetic markers known to cause inherited dystonia (National Organization for Rare Disorders, 2021). Molecular genetic testing can encompass several different approaches, including a multigene panel, comprehensive genomic sequencing, and single-gene testing (Klein C, 2003). The employment of genetic testing has also aided researchers in establishing the wide clinical spectrum of the disorder, including alternating hemiplegia of childhood.

An overview of several genes associated with dystonia can be found here: https://www.ncbi.nlm.nih.gov/books/NBK1155/table/dystoniaov.T.nomenclature_system_for_in/?report=objectonly

Would getting tested help with a previous misdiagnosis?

Despite significant milestones having been achieved regarding the comprehension of dystonia in recent years, primary dystonia is still insufficiently diagnosed in patients, with several patients receiving a misdiagnosis. This has resulted in a large pro portion of dystonia patients receiving a transient or permanent misclassification of their symptoms. A 2015 study assessed the most common reasons for misdiagnosis in dystonia patients, with the primary rationale arising being misdiagnoses in favour of other movement disorders, including Parkinson’s disease, essential tremor, myoclonus, tics, psychogenic movement disorder, and even headache or scoliosis (Lalli and Albanese, 2010). Hence, genetic testing would significantly aid those with a previous misdiagnosis as identification of genes or genetic markers associated with dystonia would lead to a correct diagnosis and treatment approach. Moreover, a positive genetic test for dystonia impacts the approach to treatment depending on the genetic markers identified in the patient.

How does a positive genetic test for dystonia affect the approach to treatment?

The use of genetic testing and the knowledge that this yields for numerous dystonia-related genes, the variants they may contain, associated clinical presentations, and the molecular disease mechanism has significant translational potential for those with a positive genetic test for dystonia. A positive genetic test for dystonia will drastically impact the approach to treatment, with this being crucial to determine the appropriate genetic counselling and also possesses the potential to enhance or resolve at least some of the challenging disease aspects for both patients and their caregivers. In some cases, an early positive genetic test may even indicate a potentially life-changing treatment option (Pozojevic et al., 2021). It is also validated in current research that identification of the specific genetic biomarkers in patients may contribute to translational research and enable participation in gene-tailored clinical trials of potential disease-modifying therapies. Moreover, a positive genetic test, resulting in a diagnosis of dystonia, enables early employment of treatment options, including education, psychological support, and judicious medical management, yielding crucial improvements in quality of life.

Down with Dystonia Launches Medical Advisory Board

At Down with Dystonia, our mission is to support, educate, and empower people living with dystonia and their families while raising awareness about this third most common movement disorder. In order to make this mission a reality, our organization must stay current as medical research moves forward.

The people on our Board of Directors are wonderful advocates. They are people who live with dystonia, their family members, and community members who support them. But they are not medical experts. They don’t spend their days conducting research studies to determine how the brain functions, working with patients living with movement disorders, navigating NIH and FDA protocols, or reading the latest medical journals. Thankfully, someone who spends her days doing these things and who has a long history with our organization’s founder has joined us as Down with Dystonia’s first Medical Advisory Board Member. 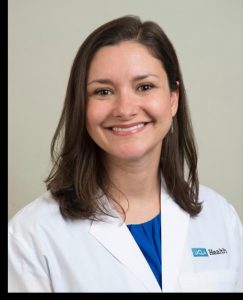 Dr. Adrienne Keener is a board-certified neurologist and Movement Disorders specialist at UCLA and the West Los Angeles VA PADRECC (Parkinson’s Disease Research Education and Clinical Center). She received her medical degree from the USC Keck School of Medicine, completed her Neurology residency training and Movement Disorders fellowship at UCLA before joining the UCLA faculty in 2016. Dr. Keener participates in clinical research and patient care. She is interested in interdisciplinary treatment approaches for Movement Disorders, including deep brain stimulation, botulinum toxin injection, and rehabilitation therapies. Dr. Keener is also passionate about medical education, and serves as the Associate Program Director of the UCLA Neurology Residency Program.

During her fellowship at UCLA, Dr. Keener began treating Down with Dystonia Founder and Executive Director Devin McClernan. He shared his dystonia journey with her, and they developed a doctor patient relationship that has continued to this day. As Devin developed the nonprofit organization, Dr. Keener provided advice and guidance in developing awareness campaigns for the lay public and for medical professionals.

We are happy to have Dr. Keener formally join the Down with Dystonia team, and we look forward to growing the Medical Advisory Board in 2021!

Down with Dystonia FunDrive 2020 Shifts Gears After Success in 2019

We can’t gather in-person this year due to the challenges of COVID-19, but that doesn’t mean we can’t have fun, socialize, and raise awareness about dystonia while we raise money to support our programs for 2021! Watch our social media pages and blog for upcoming events, social meet-ups, and giving opportunities.
END_OF_DOCUMENT_TOKEN_TO_BE_REPLACED

People diagnosed with Dystonia are acutely aware of this debilitating neurological disorder…every day of every month.  However, September is the month to raise everyone’s awareness!

Join Us at the 2nd Annual FunDrive

We know December is a busy month for many of you, so we are sending our invitation out early…please make plans to join us on December 15th to raise funds for Down With Dystonia while enjoying great food and touring the Automobile Driving Museum at the 2nd Annual FunDrive. At this year’s event, guests will have the opportunity to tour and sit in some of the museum’s 130+ vintage, antique, and muscle cars in addition to enjoying a hors d’oeuvres, entertainment, a buffet dinner, and an open bar.

There are many blog posts about the positive results of Deep Brain Stimulation (DBS) surgery for targeted relief of dystonia symptoms. When considering this procedure, it is important to consider the role of MRI prior to and post-surgery in determining if this treatment is a suitable option for your lifestyle.

In April, Blackbaud Institute for Philanthropic Impact released their study on the Next Generation of American Giving detailing the giving habits of each generation from the Greatest Generation (they call them “Matures”) to Generation Z. This was the third in a series of studies that started in 2010 (studies completed in 2010, 2013, and 2018). Researchers surveyed 1,339 donors from a group controlled to be a nationally-projectable sample of donors.

The Visualization of a Dream

Honoring Jim Yuransky and his contributions to Down with Dystonia

Close your eyes and imagine a cool natural light lavished space, the relaxing San Diego patio of the artist and accomplished visualization expert, Jim Yuransky. Breathing in, you smell brilliantly bright fresh paint drying on canvases hung at eye level in every direction. It’s easy to stare deeply into his geometric works, finished and in-progress, and find yourself visualizing a new idyllic place altogether. That’s kind of the point. This is the place where Down with Dystonia, and much more, came to be.

Last month, the 56th annual Huntington Beach Boat Parade provided a colorful backdrop to the first Down with Dystonia fundraiser, a gathering ten years in the making. As dazzling displays of light and sound drifted across the glassy water outside, displays of love and generosity created an unmistakable buzz of positive energy inside. Welcoming nearly seventy guests, the event wrapped a year in which great progress was made and ambitious goals were set.

As an organization, one of our key advocacy targets is the lack of explicit dystonia listing in our nation’s Social Security Disability benefits program. The debilitating nature of moderate to severe dystonic symptoms, without a doubt, can negatively impact a person’s ability to work, let alone their ability to function day-to-day.